2020 was a year that halted the growth of many small businesses, and dashed the hopes of their owners. Yet it was that year, pandemic be damned, Megan Baker founded Meg K & Co, a hiring agency for growing, socially conscious online businesses.

The agency was established to help startup entrepreneurs build a team to support the growth of their businesses. In many cases, this is their first employee hire beyond the founders and early stage contractors. The decision to build an internal team and determine what that team should look like is a growth hurdle new business owners must face sooner rather than later.

What makes Meg K & Co stand out from other hiring agencies is Meg’s belief that businesses who embrace socially conscious values are more successful, sustainable, and contribute to society. This belief is backed up by McKinsey & Co. research which states that corporations identified as more diverse and inclusive are 35% more likely to outperform their competitors; and that the U.S. GDP could increase 26% by equally diversifying the workforce. 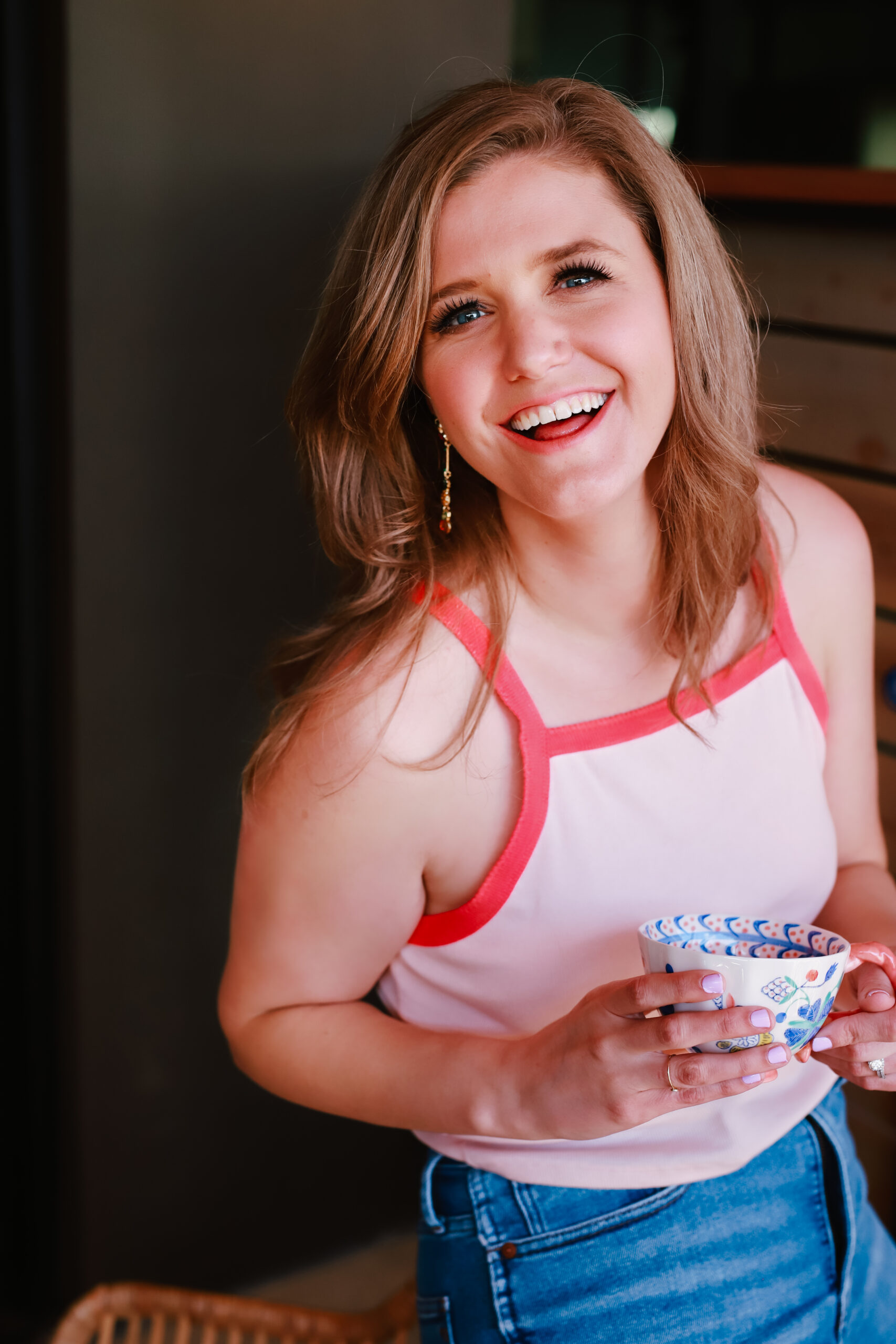 There are two parts to Meg’s story that influence the business owner she is today, and why she places such an importance on socially conscientious hiring – her childhood and young adulthood.

Overcoming the many challenges Meg has faced in life to achieve success took courage, tenacity, and an unwavering belief in herself. A winding road of experiences, achievements and setbacks have all contributed to the business person she has become.

Let’s start at the beginning. 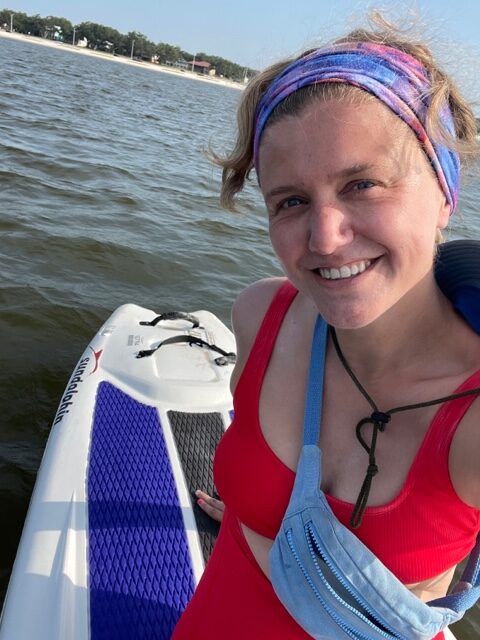 Meg was a curious and adventurous child born and raised in St. Louis by a mother who was smart, kind, and someone she looked up to. Sadly, too soon she lost her mother to a lifelong battle with mental health issues.

Her mother had initially enrolled Meg in a public school, but soon moved her to a smaller private school where she could get more individual support. An undiagnosed learning disability attributed to Attention Deficit Disorder (not diagnosed until college) made her feel very different from the other kids in school. Although she excelled academically, Meg never felt smart enough.

She knew there was something offbeat about how she learned compared with her classmates. If not for the kindness of a few of her teachers, her learning difficulties would have stifled her budding confidence and her ability to compensate for daily challenges.

These perceptive and caring teachers saw beyond her math and science aptitude to even greater potential. They invested in Meg’s growth with unsanctioned access to English and humanities classes where Meg’s interests blossomed, yet brought on additional challenges. Their individual attention was crucial to Meg’s academic success and to building her self-esteem.

Encouraged by her teachers to be courageous, Meg excelled beyond what she could have imagined.  Combining her natural curiosity with bold moves, Meg found that she could overcome obstacles that got in her way. This gave her the confidence to think on her feet and the courage to put herself out there. One of Meg’s early lessons in grabbing an opportunity when it appears happened when she was only 9 years old.

As a young girl In the ‘90s, Meg submitted a proposal to showcase a national park near her family’s lake house in Kentucky to Nickelodeon’s popular teen program, Nick News with Linda Ellerbee. Because of a fortuitous mistake by the show’s producers, Meg’s feature was scheduled to air rather than one they had previously chosen. When the producers tuned in and realized their mistake, Meg quickly convinced them why they should move forward with her. They bought it, and that evening Meg got her 30 seconds of fame on national television.

Meg’s school years were sometimes confusing and often difficult, yet she graduated high school with a strong GPA and was accepted to the University of Iowa, where she planned to study speech pathology. Her mother encouraged a speech pathology major because it played to Meg’s math and science aptitude, and offered more flexibility down the road raising a family (a sign of the times). It didn’t take long for Meg to realize that speech pathology was not for her. She switched her major to what she loved, French and Linguistics.

Graduating from college during the “Great Recession”, Meg had no idea where to turn for work as opportunities were scarce. She spoke French fluently and had studied abroad for a year during college. Following her passion for linguistics, she fearlessly accepted a job in Brittany, France teaching English at a small school while living with other foreign teachers.

Her success in France as an English teacher encouraged her to choose teaching as a career. On her return to the U.S., Meg enrolled in a master’s program in Education. It was during a grad school social justice class that her eyes were opened to the inequitable treatment of people based on race, gender, sex, and age. She vowed to make a difference.

After grad school, Meg accepted a teaching position in a private school’s classical and modern language program where she quickly became the department co-chair. In her early 20s, it was evident that Meg was a natural leader. It was this role that built Meg’s strong staffing and assessment skills.

Meg had not lost the social justice concerns developed in grad school. But she couldn’t see how she could make an impact in her current role. Instead she took a teaching position at a school in downtown St. Louis attended predominantly by children of color and economically disadvantaged students. The school was located adjacent to Ferguson where the Black Lives Matter movement was founded; and in 2014, civil unrest took hold when Michael Brown was fatally shot.

Meg soon became frustrated by the dangerous conditions her students faced daily and the inability to work within the educational bureaucracy to help. Rather than teaching the language program curriculum she was hired for, Meg found herself helping her struggling students develop basic reading skills. Soon burnout set in, and the original passion Meg had found in teaching diminished. It was time for her to move in a new direction.

A colleague suggested that with growing online business opportunities, Meg should consider starting a virtual assistant service. The idea that she could play to her organization and administrative strengths, set her own hours, and work remotely appealed to her.

In 2017, Meg K the VA launched online. It didn’t take long for her to build a substantial client base of startup entrepreneurs who were inundated with the administrative and operational work necessary to scale their businesses.

As her clients’ businesses grew, Meg took on project management roles for them. Over time it became apparent that they needed to move from employing her as a contractor to hiring full-time operations support. With her understanding of their businesses, they turned to Meg to help them identify what they needed and to recruit qualified replacements for her. With greater demand for her recruiting and assessment skills, Meg transitioned her business to a hiring agency. 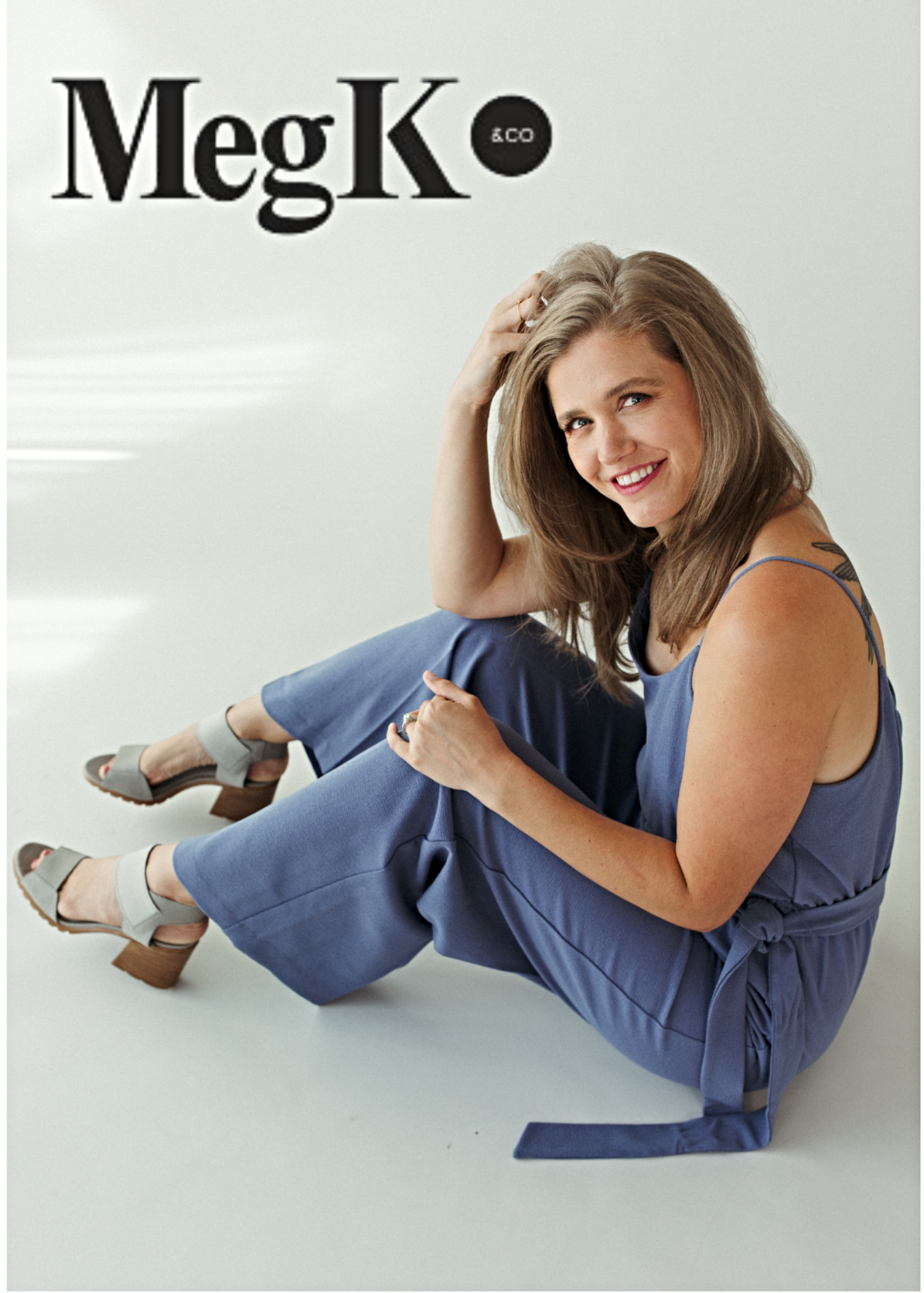 Meg K & Co uses a structured hiring and assessment process designed to get the right person for their client’s business.Their proprietary process starts before job descriptions and candidate skills and experiences are defined. The initial focus is on the vision and values of the business to identify talent gaps that are impeding progress towards fulfilling the vision.

In the rush to relieve the pressure, business owners often skip this step. Meg believes that it is far more effective to devote the time upfront to ensure the hiring needs are clearly aligned to the company’s vision and purpose. The positions can then be well defined and qualified candidates hired to get the desired results. She finds what her clients initially thought they needed is much different once they have gone through this planning process.

Socially conscientious hiring is a key value in Meg K & Co’s business. As more of her clients expressed an interest in creating a diversity, equity, and inclusion workplace strategy, her hiring services are centered around anti-racism and DEI.

With Meg K & Co’s support, her innovative clients are making great strides in broadening their recruitment base in a highly competitive labor market. Meg shows her clients how they can bring talent to their teams by offering opportunities to candidates who may have been overlooked in the past. These candidates offer different and valuable perspectives that contribute to the business’s growth.

“Meet people where they are.

Lovingly call them in instead of shamefully calling them out.”

Meg does not push her values on her clients. Not every prospective client is as committed to DEI as she. Meg knows early on in their discussions where their beliefs and values are on the socially conscious continuum. Those who are open to gaining a better understanding of how to establish more equitable practices in business seek her guidance.  As Meg K & Co’s strong brand reputation for their services grows, Meg has become a popular guest on podcasts and at conferences to talk about the merits of centering equity and diversity in hiring. 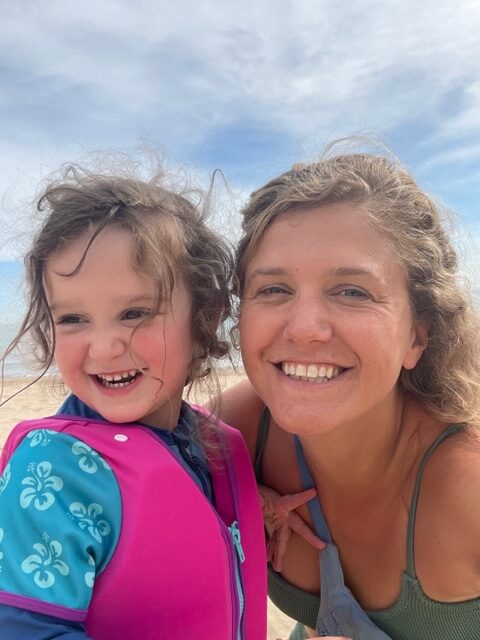 Meg’s social justice advocacy has taken on an even greater importance as the mother of Eleanor, her adorable 3-year-old daughter with autism. Meg is committed to do whatever she can to ensure that Eleanor lives a happy, fulfilling life. Her mother strove to give Meg a richer life than she had. It is this wish that she has for Eleanor.

She envisions a compassionate world, where her daughter is readily accepted for who she is. A world where people truly care about each other regardless of their differences. Where societal blinders are removed and egos put to the side for the safety and success of everyone.

Meg knows Eleanor will face challenges growing up. She will be there to remind her that sometimes she may feel different and unaccepted, yet she is fantastic just the way she is.

Meg walked through Suite Spotte’s Forest Park doors in March 2022 seeking a dedicated workspace for her growing business. She could no longer effectively run her business from her home.

She chose Suite Spotte because she can be productive. Meg stays because she likes that you are accepted for who you are at Suite Spotte. As a community member, she feels safe and appreciated.

Meg considers her membership to be one of the best business decisions she’s made. It helps her create her world and gives her the autonomy she needs to grow as a person and as a professional.

Meg’s energy and enthusiasm are contagious. With Meg, there is no BS. What you see is what you get…and what we get from Meg at Suite Spotte is awesome! She brings us joy and a genuine interest in being part of our Go-To-Grow Community. Here’s to many years of success for Meg K & Co and its amazing founder.